In economics, scarcity refers to the idea that the world has limited resources and can never meet every human want. Whereas, abundance refers to the situation where the supplies are so high that most (if not all) human wants and needs can be met. Economics of plenty is an idea or theory in which most goods can be produced in great abundance, with minimum human labour needed so that they become available to all very cheaply or even freely. According to me, Scarcity is contextual and technology is liberating; it is about taking what is scarce and making it abundant. Napoleon III who in mid 1800’s invited the king of Siam for dinner, had all of his troops fed in silver, he himself in gold but the king of Siam in aluminium utensils, since it was the most valuable metal more worthy than gold, but time progressed and we have now the technology of electrolysis which has made aluminium cheap and abundant.

So, if abundance becomes the gospel truth in economics, how would the world look like? We can understand this through science fiction. The underlying substrate of almost all sci fi stories is economics of scarcity and abundance. In relation to this let us take a pop cultural reference of the hugely popular sci-fi franchise ‘Star Trek’. It posits a world in which hunger, war and poverty have been eliminated; that is free from want, capitalism and even currency. This is what a world of economics of plenty could look like. Manu Saadia, the author of “Trekonomics: the economics of Star Trek” has rightly said that, “the world of Star Trek is an economic utopia”. But, let’s also consider the fact that if everything else is in abundance, even the population would be, afterall it grows geometrically (Malthusian Theory of population) but yet, agent Smith from the Matrix triology or Thanos from Avengers: infinity war; who actually thinks population is inversely proportional to prosperity, are wrong because the theory of resource scarcity grinding the population down to subsistence level may be true only before the industrial revolution. Some of the most wealthiest and productive cities in the developed world are densely populated because of agglomeration economies, where lots of firms, markets and people prosper by being close. The problem is actually low productivity, bad governance, unequal developments in areas having good human capital, vice versa and the pace of developments and population increment not going together.

Like Star Trek, where automation has completely taken over, our world is on its way with the ongoing developments of artificial intelligence, well, the robots are coming and they’re coming for our jobs! Recall how Mr. Bucket, Charlie’s father in the ‘Charlie and the Chocolate Factory’ was replaced from his low paying job of attaching caps in the toothpaste factory, by a machine. There could be zero marginal costs, zero distribution and decentralized production, minimization of waste, provision of superior planning and coordination capabilities, less errors, self-driving transport, efficient distribution of excess energy, democratization of healthcare diagnosis; early identification and remedies at low cost, etc. in addition to this, capitalism could be shattered, as it requires both capital and labour and we would have no labour (replaced by AI). Also capitalism requires scarcity, otherwise the prices of goods go down to zero.

Reality is not far from abundance. When it comes to energy, the cost of solar generated electricity has gone down as compared to diesel generated ones. We have abundance of water. DIY innovators that can clean 1000 litres of water for less than 2 cents from any source, even the sea. When it comes to technology- infinite computing, sensor & networks, robotics, 3D printing, synthetic biology, digital medicine, Nanomaterials and Artificial Intelligence are riding on the Moore’s law of technology; which says that technology doubles and the costs are halved over a period of time. The rate at which technology is becoming faster is becoming faster.

Further, we’re moving towards the era of information explosion and soon the control of information could also become no longer scarce. If we digitize not just the distribution of knowledge (with the help of electronic tools like online lectures, webinars, etc) but also its production, the existing university system loses its raison d’etre. In short, almost all sectors could be in for a big transition. This economy could be based on exponential technology and softwares, all operating in the virtual world. Some examples can be given even right now. The biggest media company in the world, Facebook, has no journalists or content producers, the biggest hospitality company in the world, AirBNB, has no rooms, and the biggest taxi company in the world, Uber, has no cars; they’re all software driven entities. Also note that the psychology of scarcity is very different from the psychology of abundance, former encourages hoarding and chokes innovation, whereas, the latter facilitates sharing and thus innovation. 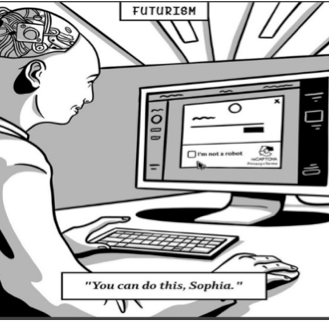 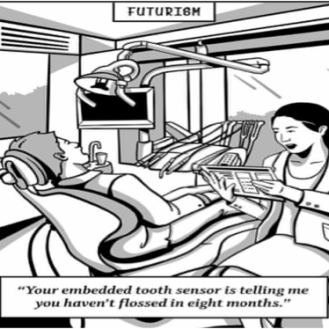 The means and the meaning of work could change. We could better understand the way a society works under scarcity when we try to understand how a society might work without scarcity. Automation can pave way for abundance of goods, services and hopefully time! A point where science and technology would be so advanced that capitalism could be abolished and people could ‘hunt in the morning, fish in the afternoon, rear cattle in the evening and criticise after dinner.’ That is when you would want to work not for feeding yourself or making money but for prestige and to increase your reputational capital. Well, the world has begun to move towards a reputation-based economy, looking at things like Instagram, vine, even Wikipedia, it is fascinating, the amount of work people put in just to gain a certain amount of reputation, today businesses indulge in it more than profit motive.

Now, let’s forget the rose tinted view of abundance and look at this, if people start getting replaced by robots and machines, the overall purchasing power, consumerism and the standard of living could fall. Another aspect of abundance is ‘paradox of plenty’. A paradoxical situation arises where countries with an abundance of natural resources experience stagnant economic growth or economic contraction and worse development outcomes than countries with fewer natural resources; this is also known as the ‘resource curse’. This usually occurs when a country begins to focus all of its production means on a single industry, neglecting investments in other major sectors. As a result, the nation’s overall Gross Domestic Product (GDP) becomes extremely volatile, additionally, government’s corruption and proper resource rights not being in place make it worse. An example could be that of the oil producing nations like Russia, Saudi Arabia and Venenzuela. Saudi Arabia recently announced a new economic plan called “Saudi vision 2030”, intended to diversify its economy away from oil industry and break its resource curse. The “Dutch disease” could also be cited as an example here, a situation that occurred in Netherlands following a large natural gas find.

So, is it more that drives growth or is less more enough for it? The realization that the existing economic and social order has been and can be changed is important. The answer lies within us, we could ask ourselves what would we be doing with all our time and energy if scarcity ends and we have (almost) everything that we want, when we’ve accumulated so much wealth and possession that it all loses its meaning. The world overall could be in a post-scarcity economic condition; we can’t say we have reached abundance yet, many authors say that we could be approaching this stage by 2050-2075. Right now, at some places we have a surplus and at other we have legions of people that are starving, but we can’t deny that we do have the capacity to feed them, to feed everyone, even now, even if we don’t have the will. This is not a matter of scarcity, it is a matter of the organization of labour and capital efficiently. Time is a resource too, we don’t have that in plenty either, yet we’ll have to wait for a world of abundance before we run out of time!

Martin Ford: How we’ll earn money in a future without jobs

Peter Diamandis: Abundance is our future

The Economics of Abundance: Affluent Consumption and the Global Economy by Brendan Sheehan