Hungry, but cannot decide which restaurant to spend way too much of your money at for a plate of pasta?

Need a taxi-service but every Kaali Peeli that comes your way keeps rejecting you?

Missing your friend in another country at 2am and want to see their face?

Mobile apps are flooding the online market. Name your need and there’s an app for it. Statistics suggest that as of December of 2018, the Google Play Store has 2.6 million apps of which 94.24% are unpaid apps. This leaves only 5.76% of apps which are paid.

Let’s say that you have designed an app and are thrilled to publish it on the Play Store. You would first need to get access to the Developer Console. Getting access to it would mean a lifelong licence that would cost you close to $25 (₹1,790).

Have you ever wondered, however, what the monetary incentive would be to develop an unpaid app? Why would one choose to develop an unpaid app as opposed to a paid one? Every app needs users in order to be successful. Developers are constantly trying to make their product have an inelastic demand. What this means is that we all have some apps that we cannot uninstall, no matter what – guilty pleasures like Candy Crush or Sims Freeplay.

Whatsapp today has millions of users worldwide. Back in 2014, Whatsapp was a paid app. However, over time, it became an unpaid app. Despite this, how does Zuckerberg – and Koum – continue to earn money with such an app? With all the competition out there, if the annual fee of $1 was still charged, would people then choose to delete Whatsapp? They most likely wouldn’t, because of the kind of addiction – inelastic demand – developers have been able to create in the minds of consumers.

Back when whatsapp was not as popular as it is today, people would communicate through Short Message Service (SMS). Remember those days when we would push down on a keypad twice and thrice to write a single alphabet?

The two limitations of the SMS – being the constant need to recharge a package, and the word limit – were resolved with the dawn of WhatsApp. No costs were incurred to sending messages and no there was no limitation on the word count. As a consumer, however, I am still hooked onto an app like Whatsapp as it is absolutely ad free.

To run an app like Whatsapp, there are multiple variable costs incurred such as maintaining and bringing about new features to survive in the market. How is WhatsApp, then, making money, if not from ads? Before we get to that, let us understand how other free apps make money.

American Architect Buckminster Fuller once said, “You either make sense or make money”. Interestingly, app developers are making money by making sense out of what kind of apps you need. Some strategies app developers use to make money are as follows:

High five if you’re an Instagram user and are tired and annoyed of the flood of advertisements on your feed and story by companies like Shein – and ones you’ve never even heard of before. But Lord bless the soul of these advertisers as it is because of them that you get access to Instagram for free.

There are different kinds of advertising strategies used by apps.

Isn’t it annoying when you just want to play the next level of Candy Crush but app developers think that it is important to vouch for other apps by asking you to install it?

Such ads are popularly known as full-screen ads. These are placed tactfully at natural transition points like changing levels in a game or while loading web pages.

The developer gets to decide on the Cost Per Mile (CPM). This is the price that the advertiser will have to pay the developer for every 1000 impressions of the ad. (Impressions are the number of times an ad is viewed) 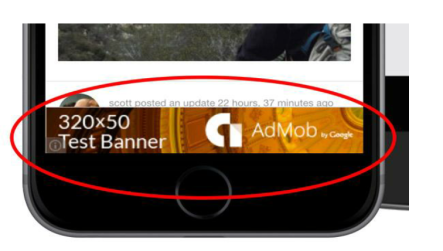 Has it ever happened to you that you checked out a product on Flipkart or Amazon and every website you visited after that had a banner which kept pestering you to buy it?

Those ads are known as Banner ads. They are displayed in different sizes at the top or bottom of the app screen. It’s intended to create traffic on the website of the advertiser.

It’s cost depends on the position and size of the banner, and on the audience of the website you’re advertising on.

It’s 2AM but you can’t seem to give up on a level that’s impossible to crack. All your rewards are exhausted. The only alternative you have is to watch a 60 second video about another app, for you to revive rewards. 60 second ad or forfeit 40 levels in a game.

These are ads that you cannot skip for a full five seconds before you get access to the video you want to watch. These ads are charged on the basis of cost per view. This means that the advertiser gets charged only if the whole video is watched or if you watch over 30 seconds of the ad. Think about this the next time you skip an ad on Shane Dawson’s conspiracy theories.

Advertisers are charged if the viewer clicks on the video.

These are charged on the basis of number of impressions it receives.

However, the real cost to advertising is incurred when you make it specific to your consumers by putting keywords. Let’s say you are selling shoes, you could sell them in the whole world, but the cost incurred to advertise specifically to a particular age group in Mumbai, it’s going to comparatively higher.

Raise your hand if you’re guilty of making a new Hotstar account every time a new season of GoT released? Or if you have more than 5 email ids to use for 5 different months of free Netflix subscriptions?

Some of the top subscription based apps include Netflix, Hotstar, Amazon Prime Videos, Alt Balaji, and Spotify. For a subscription, the developer decides to offer content for a limited period of time. Post this, they charge users a subscription fee that will allow access to said content without any restrictions.

In-app purchases are special features like power-ups, restrictive levels, and additional features. A game application may offer the user the ability to skip a particularly difficult level if you buy that level.

You really have to make your customers believe that an in-app purchase is worth every penny. However, for that, the app needs to be good enough to create an addiction.

Game developers have been successful in creating this addiction by capitalizing on the dopamine your brain releases with the rush you get while playing a game. By setting challenges that reward players with some form of coins in the game, designers stimulate the release of dopamine.

Did you know that Candy Crush Saga makes as high as £500 000 (4 million INR) every day just through in app purchases?

Every single time you click on Allow when asked for permission to access your personal information, your privacy is being invaded into with your consent. The collected data is sold to companies for displaying ads to the most likely consumers. This is nothing but targeted advertising strategy.

Scott Goodson, founder of StrawberryFrog, the world’s first Movement Marketing, Advertising, and Designing agency once said, “If you are not paying for it, then you are the product”. One needs to understand why ads are beneficial to both Businesses and Consumers.

As an advertiser, would you want your product to be advertised on a website or an app that no one visits? Competitors in the virtual world are constantly in the race of providing quality content. Because if they don’t, no one would visit their app. And if no one visits the app, why would an advertiser invest in it?

Now, coming to the question of how Whatsapp makes money. As mentioned above, its Initial Revenue Generation Strategy, where they charged users a fee of $1 in some countries, worked on the principles of network first and money after, and it worked. However, once it scrapped the subscription fee, it had to evolve its revenue model as well. This is when it came up with the Business API model. In their own words, “The goal is to have people communicate directly with i.e. their banks, airlines etc. over the app, while the businesses pick up the bill previously paid through subscriptions.” India is the company’s biggest market, and to strengthen its position here it has introduced a payments (P2P) option.

As for consumers, we may hate it every time we have to go through an unskippable ad on Youtube but believe me that it’s more of a boon than bane. The fact that Youtube – and most other unpaid apps – can cover its cost, not by charging a penny from the viewers is because of our advertisers. As mentioned earlier, consumers are getting quality content because of the constant competition purely based on the how good one app is! If consumers aren’t attracted to a app/game/video, no advertiser would want to invest and app developers won’t make any money. Thus the age old saying goes just about right: Customer is king.