Have you ever wondered about a world without currency? Or a world without a standard means to deal in trades? As peaceful as it is to imagine, it also would lead to a spiral of unorganised transactions throughout the world. Looking at the significance and fluidity in the use of currency today, it prompts us to think that it has been in existence since forever. Certainly, it hasn’t, but its origin can be traced back to nearly 600 B.C. Among currencies, the US Dollar in particular has been the nuts and bolts of the economy globally and the bedrock for international trade and finance. It would be worthwhile to delve deeper into its history in order to understand its value in the present day. 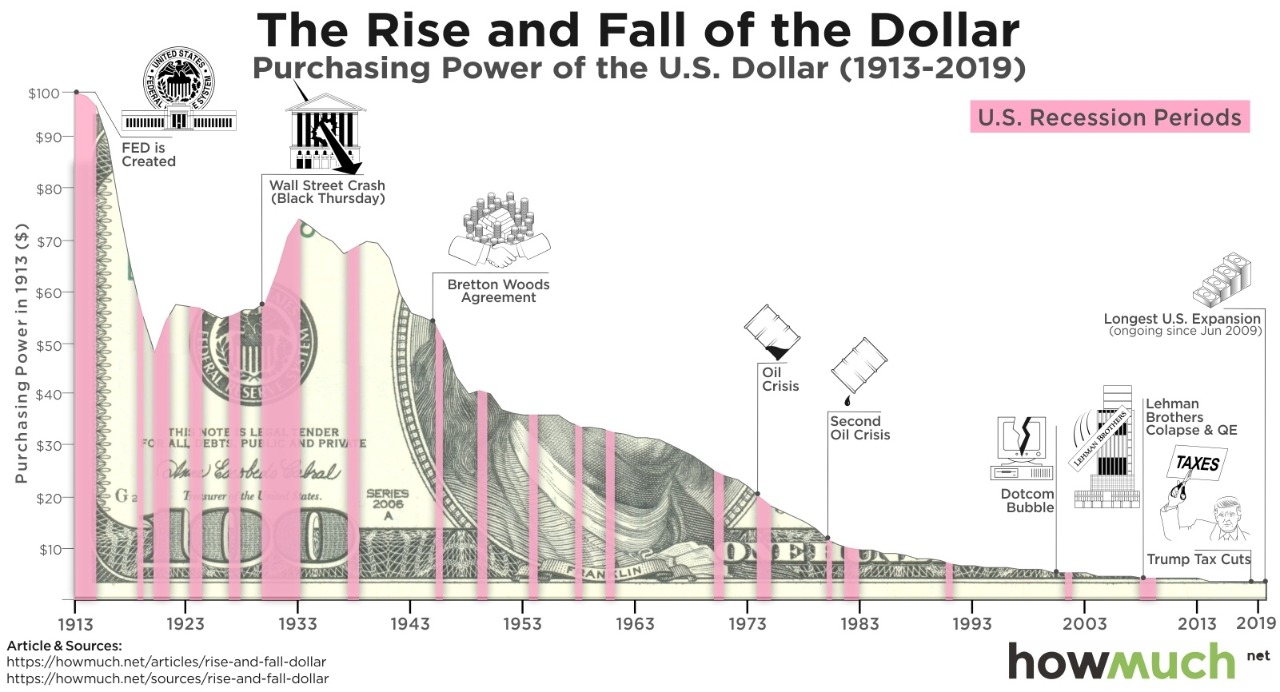 During World War I, many countries tied their currencies to gold, which led the US to multiply its gold reserves. Later in the course of World War II, the US began selling its weapons and armaments to its allies in exchange for gold. By 1947, the US had accumulated over 70% of the world’s total gold reserves. This had put other countries at a disadvantage. In order to not let a single country dominate world currency, 44 allied nations of the US met at Bretton Woods, New Hampshire in 1944. It was agreed that all countries will peg their currencies to the US Dollar. When the countries began building up their reserves, the dwindling US gold stockpile and uncertainty about its stability grew. In 1971, US President Richard Nixon delinked the dollar from gold reserves which marked the end of an era. Thereafter, the dollar was no longer fixed to the gold reserves, instead they were regulated by the market forces of the economy and the policy framework of The Federal Reserve. It remained intact and stable throughout World War II, 1973-75 and 1980-82 recession, overriding the British pound sterling, and becoming the international reserve currency thereafter. Today, every nation has a certain amount of US Dollar reserves, which makes it the De Facto Global Currency. De Facto Global Currency is the most preferred foreign exchange currency kept by the central bank of many nations and the most trusted currency for international trade.

The value of the currency holds up due to the global trust that confides in it. The US Dollar has gained the world’s confidence for a long time for it to be stated as the safe haven. In fact, even printing trillions of dollars might not cause inflation or create a situation of diminishing Dollar value. For example, when the COVID-19 pandemic was at its peak, it caused high rates of unemployment and supply shortage crisis, but due to low demand, inflation did not shoot up and hence the US Dollar remained undaunted even during one of the most wrecking pandemics the world ever saw. 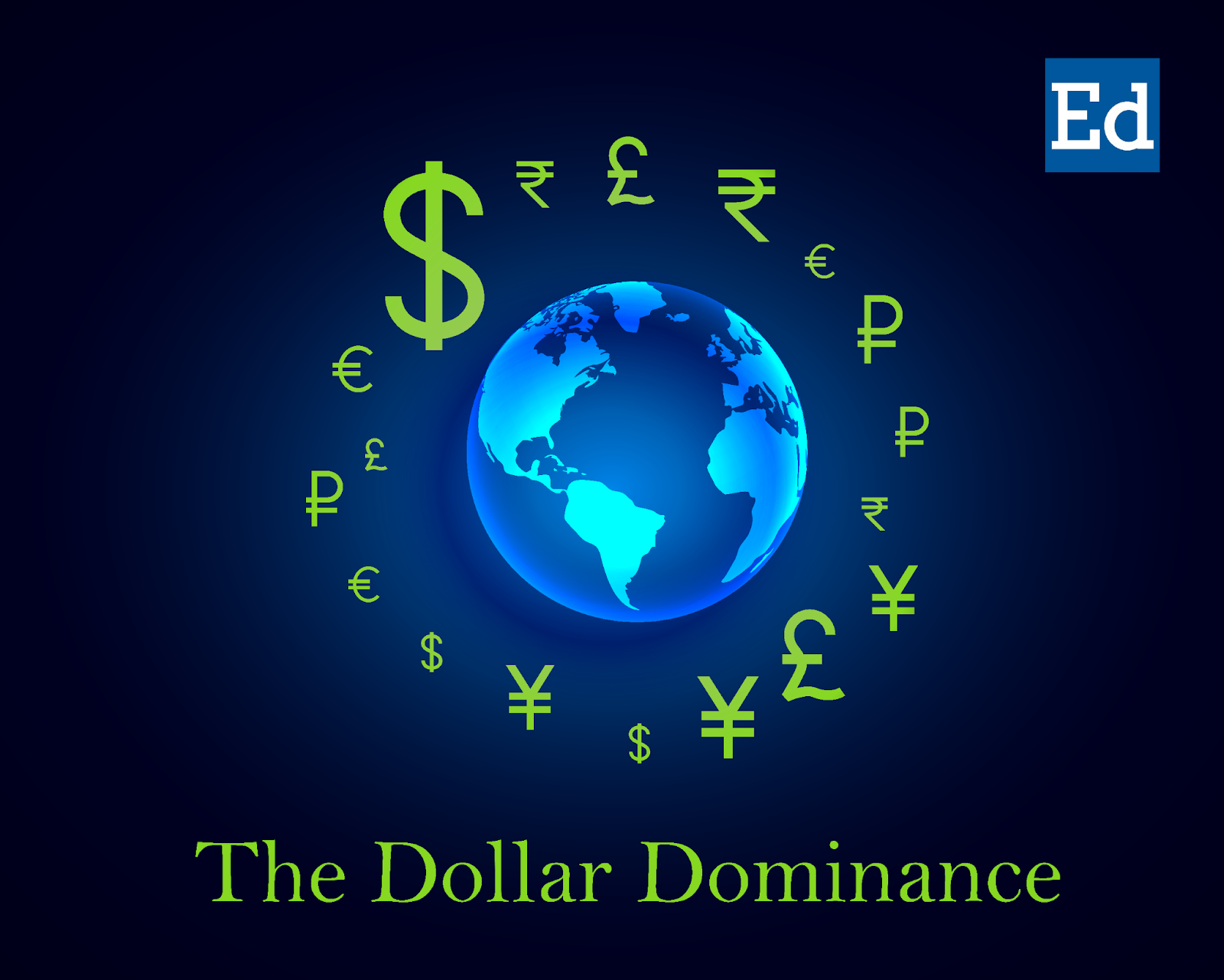 The most in-demand commodity across the world is oil which makes the oil producing countries very wealthy. The countries listed under OPEC, carry out trade in dollars which is also called as petrodollar, this exorbitant privilege makes the US Dollar the epicentre of dominant currencies in the world.

The only way of loosening up the dollar gap is by creating a situation of either high inflation or high debts. The occurrence of which is highly unlikely as the world wouldn’t let the dollar collapse simply for the reason that  it is the default currency with which the nations carry out their respective trades.

In 2001, President George Washington Bush passed an executive order (no.13224) which gave the US government the authority to exile anyone from the global financial system if any threat was suspected. In 2015 when China was determined to get rid of the Dollar trap, it ended up devaluing the Yuan by 3% against the US Dollar. A few more instances of the dollar boasting its dominance was in 2018 when President Donald Trump made a negative tweet against the Turkish Lira which caused a 18% drop in its value in a single day. In 2019, the US sanctioned (penalty levied on another country, or on individual citizens of another country) Iran, hence, the SWIFT (Society for Worldwide Interbank Financial Telecommunications) networks banned the Iranian banks from accessing the dollars.

Despite the fact that the US Dollar remains resolute throughout almost every threat coming its way, there are nations with a headstrong mindset to retain a dollar alternative currency. Russia’s gold reserves have gone up from 350 tonnes to 2200 tonnes of gold over the past two decades. The country is trying to cut off its dollar wealth reserve to zero. In June 2021, the Finance Minister of Russia declared that the National Well-Being Fund worth $120 billion will completely divest its exposure to the US Dollar and replace it with Euro and gold. Well, it’s not just Russia fervently putting efforts to shrink the overarching supremacy of the Dollar. In January 2021, the European Union sent out a blueprint describing how it can boost the value of Euro and escalate its position relative to the US Dollar in becoming the world’s reserve currency. On October 24, 2019, the Chinese President Xi Jinping gave a speech throwing significant importance on blockchain technology. China also launched a project in an effort to digitize their currency by establishing a CBDC (Central Bank Digital Currency). It is leading the world in this digital revolution in hopes of challenging the US Dollar. 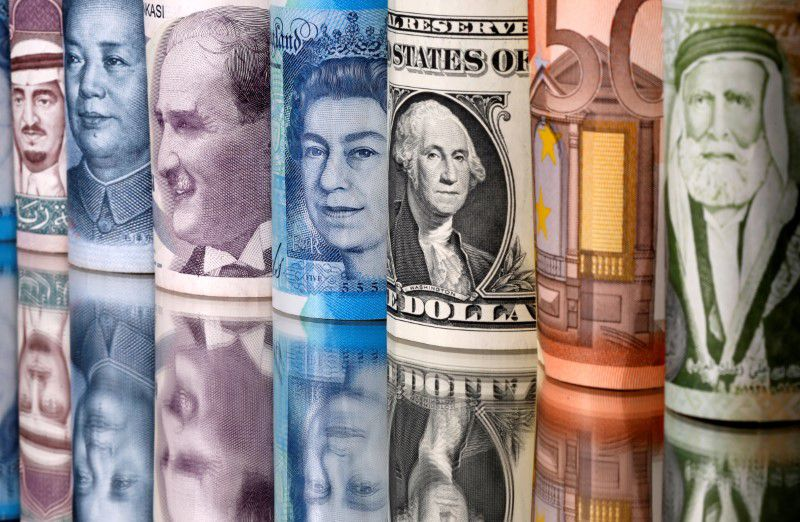 Will these efforts put by potential competitors ease off the Dollar grip by constantly trying to devalue the currency? It is uncertain. However, the US is still the undisputed world reserve, but the reality of great empires is that there always is a loophole. In the case of the US, the administrative laws of unilateralism, trade wars, sanctions may trigger the world to diversify away from the risks of the US Dollar. Yet, the truth is that the nation is politically and economically stable and very much in control. Through speculations it is quite definite that the US Dollar has fathomless roots but for how long will it be able to firmly hold its ascendancy tree is questionable. But the world today is in an attempt to decentralize the Dollar hegemony, to transform the financial world decree in order to create a new playing field, a new set of rules and a new game in the world of capital.