Can a country print as much currency as it wants? The short answer to this question is a yes; but if so why would they want people to pay taxes? or why would there be a concept of debt or shortage in any case? And if they can, why don’t they, what’s stopping them? Is there a limit that’s restricting them from doing so? And just because they can, should they be printing as they wish? What implications could it pose?
First, to analyse this phenomenon, let’s just understand what a currency is. A currency is a medium of exchange that is also a unit and a store of value. But what makes it so valuable as compared to regular paper? Traditionally currencies were backed by gold reserves which maintained the currency value against assets. However, currently, most of the currencies themselves do not possess an intrinsic value nor are backed by assets but are valuable due to the trust and market forces of demand and supply in play. 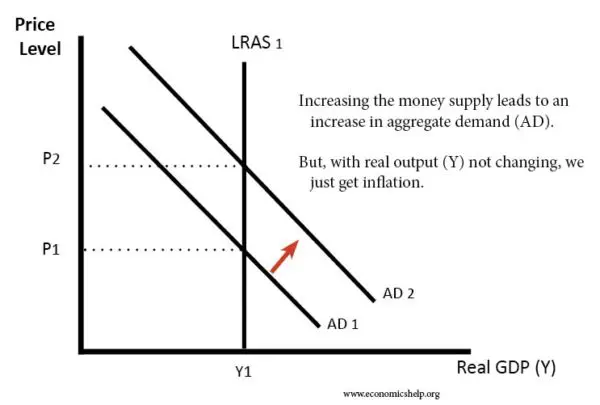 Picture source – Economics Help
We have established that a country can print how much ever currency it wants. The immediate question that one would think of is then why are countries in debt? They could just print more notes. While this might seem like an obvious solution, let’s dive deeper and analyse what would happen if this were the case. Just imagine the wealth of a country as a cake and it’s cut in four slices then you decide to cut it in 8 slices. Does that mean now you have more cake? In reality no the cake is still the same but each piece has become smaller than the previous 4 slices. We can view our currency value in this way too, just by printing more notes the wealth wouldn’t increase but just the value would diminish. So even though it might sound tempting to print more notes and solve all economic problems it would create more problems by diminishing the value and trust of the currency itself. The actual wealth of the country in real terms could only increase if there is an increase in national output and not just by printing currency. Therefore, central banks around the world print currency only based on how much they think would be required, which is usually based on GDP and growth projections.

How would you feel if you became a millionaire but you could not even afford a loaf of bread? This situation might seem bizarre but it did happen in Zimbabwe during 2008. where the country reeling under huge debts and having no other alternative printed huge amounts of currency to pay back debts without actually increasing the national output. This move however took a huge toll on its economy resulting in an estimated monthly hyperinflation of 79,600,000,000% in 2008. What was the impact? Devastating, to say the least, prices were doubling every 24.8 hours with daily inflation of 98%. Poverty levels were through the roof, the unemployment rate stood at 80% and the government had to issue a new currency note worth one hundred trillion dollars so that people could buy basic commodities, as the prices were heavily inflated. The value of the currency had diminished to a great extent which had an intense impact on foreign trades and exchange rates which were continuously plummeting, where 1 US dollar could get you around 50 million Zimbabwean dollars in 2008. Eventually, the Zimbabwean dollar ceased to exist and the government was forced to legalize transactions in foreign currencies. 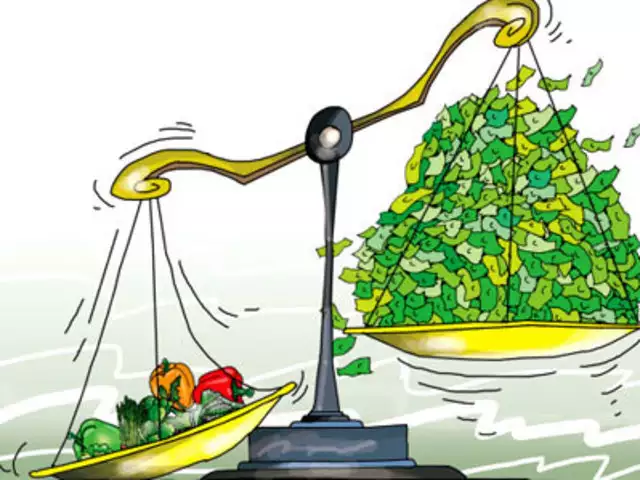 Currently, the pandemic has disrupted supply chains and put economies in shackles with many people losing their income and businesses collapsing. Many governments around the world introduced relief packages to revive the economy. In the US almost 18% of currency in circulation was printed just within last year alone. The situation worldwide is also similar where countries issued huge relief packages worth billions of dollars. However, due to supply chain disruptions, low productivity, increased demand and too much currency in the global economy inflation has shot up which is concerning as people’s income and the national output has not increased in proportion to the money supply and its corresponding inflation. What impact could this have? With inflation, the prices are rising, however, as the concentration and distribution of money is unequal where only 1.1% of the world’s population holds 45.8% of global wealth, and the stimulus packages falling short, this price hike will hit the most vulnerable population even harder thus worsening their situation further. For instance, the inflation in the US has hit a 40 year high where prices of essential goods including food (6.3%), energy (29.3%), gasoline (49.6%) and other essential commodities have witnessed a surge and is thus affecting the purchasing power of consumers.

So what is the ideal amount of currency that a country can print then? A country’s money supply should be dependent on the level of economic growth and output. Printing more could lower the value of the currency thus leading to inflation. A steady inflation of 2-4 % is considered good, However too much inflation could be harmful. And printing too little could lead to loss of investments and productivity within an economy. Therefore for the smooth functioning of the economy, Money supply must be kept in check.

Medium. (2017, August 11). How much currency can a country print at a Time? Medium. Retrieved January 17, 2022, from https://medium.com/@rilcoin/how-much-currency-can-a-country-print-at-a-time-44565e83527c
Benson, J. (2021, October 6). The Economics of Inflation and the Risks of Ballooning Government Spending – United States Joint Economic Committee. Retrieved January 18, 2022, from https://www.jec.senate.gov/public/index.cfm/republicans/2021/10/the-economics-of-inflation-and-the-risks-of-ballooning-government-spending

50 million Zimbabwean dollar is one US dollar. The Economic Times. (2008, April 4). Retrieved January 20, 2022, from https://economictimes.indiatimes.com/news/international/50-million-zimbabwean-dollar-is-one-us-dollar/articleshow/2926846.cms